The Audi TT Roadster offers a slick package in this improved third generation guise, aiming to build on the best bits of the first two models. Jonathan Crouch reports

This improved third-generation Audi TT Roadster continues to play it safe on the styling front but packs in some interesting equipment, is built from all the right stuff, undercuts its German rivals on price and gets some great efficiency numbers. Buyers get the options of front or quattro all-wheel drive, with potent TT S and TT RS mdels at the top of the range.

The Audi TT will always be remembered as a coupe. That's an inescapable fact. Despite this, the contribution of the Roadster model to overall sales shouldn't be overlooked, the open car accounting for around 25 per cent of all registrations. Since it first appeared in 1998, the TT Roadster has been a consistent thorn in the side of first the BMW Z3, then the Z4 and all generations of the Mercedes SLK. It's been available in front or four wheel-drive, with power outputs from a modest 150PS right up to the barnstorming 340PS TT RS model. In other words, it's had a very wide brief to fulfil.

That's hasn't changed with this third generation model, here lightly revised. If the first generation car brought us some extreme styling and the second gen model improved the driving dynamics, this third stab at the formula has done well in taking the best of both prior cars while developing superior safety, refinement and efficiency.

The TT Roadster features an electrically actuated fabric top. This roof features excellent acoustic and thermal insulation, with particular attention paid to the frequencies generated by the passing airflow. A thick fleece layer on the black inner headlining helps reduce the noise level in the interior by up to 6 dB compared with the previous generation TT Roadster.

Audi's tinkered a little with the engine line-up in this revised MK3 model TT Roadster. The engines and transmissions on offer mirror those of the coupe model, which means that the old entry-level petrol unit, a 180PS 1.8-litre TFSI powerplant, has now been replaced by a 2.0-litre TFSI powertrain with 197PS (badged '40 TFSI'), while the previous 230PS 2.0 TFSI engine gets a boost to 245PS (and new '45 TFSI' badging). There's now no longer a diesel option. The TTS retains its existing badging but gets a slight reduction in power (306PS, down from 310PS) but a little extra torque to compensate, so the rest to 62mph sprint figure (4.5s) is actually fractionally improved. The flagship model remains the 400PS 2.5-litre five cylinder TT RS, which only comes with S tronic auto transmission and can get to 62mph in 3.7s.

In conjunction with the 197PS 2.0 TFSI engine, customers have the choice of a six-speed manual gearbox or a seven-speed S tronic dual-clutch auto transmission. The 245PS unit is available with either the manual gearbox and front-wheel-drive - or with S tronic auto transmission and the multi-plate clutch-based quattro permanent all-wheel drive system. Both versions of the TTS feature quattro as standard. In both transmission types, the close-ratio lower gears enable powerful acceleration, while the wide ratio of each transmission's highest gear reduces the engine speed and with it fuel consumption.

The third-gen TT Roadster is undoubtedly a handsome piece of pen work, though it does look much better with the roof down. As for styling changes to this enhanced model, well the main one is a revised design for the three-dimensional Singleframe radiator grille and larger side air inlets. The big front grille gives the car a meaner look and there are some lovely details. The fuel flap on the right side panel is the classic circle surrounded by socket screws. This shape of it is reminiscent of the first-generation TT, although here there is no filler cap beneath the flap. This means that there is nothing to be unscrewed and the pump nozzle slots straight into the tank neck.

Inside, the fascia is dominated by the Audi Virtual Cockpit, now featuring an additional sport display providing information on engine output, torque and g forces. Located directly behind the steering wheel, a 1440 x 540 pixel, 12.3-inch digital screen shows all information directly in front of the driver. Operated via the MMI Touch button, voice control and the multi-function steering wheel, the display can be switched between 'classic', with prominent speedometer and rev counter, or 'infotainment', which brings functions such as the navigation map or media to the fore.

The round air vents - a classic TT feature - are reminiscent of jet engines with their turbine-like design. The vents also contain all the controls for the air conditioning system, including seat heating where applicable, plus temperature, direction, air distribution and air flow strength. As an option, they can also house small digital displays which show the chosen setting. The boot measures a modest 280-litres but the good thing is that folding the roof doesn't encroach on this capacity.

As before, you're probably going to need a budget in the £35,000 to £45,000 bracket for mainstream versions of this TT Roadster. Push that up to about £45,000 for the TTS and about £55,000 for the TT RS. Rivals? The base 2.0 TFSI TT Roadster has to face down hard chargers like comparable versions of the BMW 2 Series Convertible. The Porsche 718 Boxster is an obvious competitor for the Audi TTS Roadster.

There are three trim levels in the mainstream range - 'Sport', 'S line' and 'Black Edition'. As for spec changes made to this revised version, well 'S line' and 'Black Edition' models get smart new wheels, respectively 19 and 20 inches in size. Inside, 'Sport' and 'S line' versions receive folding door mirrors and heated seats, and on top of these the 'S line' specification is also enhanced by the addition of even more supportive Super Sports Seats. The upgrade from there to Black Edition now brings the addition of Piano Black inlays and a new Chrome Slate Grey finish for selected interior elements.

The TT Roadster has always been one of the most efficient sports roadsters out there - and nothing's changed in that regard, though you can't have a diesel variant any more. It certainly helps that all up, the TT 2.0 TFSI Roadster weighs just 1,320kg thanks to the extensive use of aluminium chassis members, body panels and suspension componentry. That 245PS 2.0 TFSI manual variant manages over 46mpg on the combined cycle and only just over 140g/km of CO2. The auto does even better. When the Audi drive select system is set to its 'efficiency' mode, the S tronic transmission decouples and 'freewheels' each time the driver takes his or her foot off the throttle pedal.

The warranty covers you for unlimited mileage in the first two years of ownership and up to 60,000 miles in the third year and is transferable between owners. Pay more and that can be extended to a fourth year, again with unlimited miles in the first and second years but a more generous 75,000 mile allowance in years three and four. When it comes to maintenance, servicing your TT should be no more taxing than is the case with one of the company's lesser models. As usual with Audi, there's a choice of either a 'Fixed' or a 'Flexible' servicing regime, the choice between the two depending on the extent of your likely annual mileage. Residual values look set to be very beefy if previous TT models are anything to go by.

The TT Roadster remains an extremely well thought-out sportscar and deserves to continue to sell well. We can't help but think that Audi could have been a little more expressive with the car's styling, given that this was once one of the most extreme-looking roadsters sensible money could buy, but hey, we all grow old and ditch the fashion duds for sensible slacks at some point. What's encouraging about this car is that it includes so much in a package that doesn't compromise on the ideals of its predecessors. It's light but feels built from granite, it's quick but returns efficient fuel figures and, should you need it, there's always the reassurance of Audi's quattro transmission to offer a welcome safety net.

Of course, there will be some who claim the TT Roadster was a compromise to begin with. Whereas the BMW Z4 and Mercedes SLC were clean-sheet sports car designs, the TT began life as a strange amalgam of platform-shared parts and that hasn't really changed. Perhaps that's the genius in this car; that Audi's mix and match collection worked out better than the blue-sky thinking of its rivals. Who knows? What's not up for debate is that this car's still as desirable as ever. 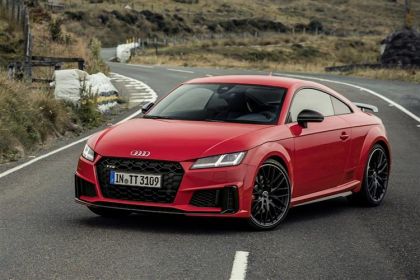 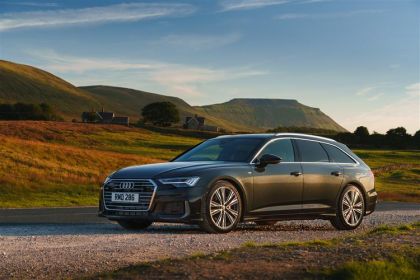 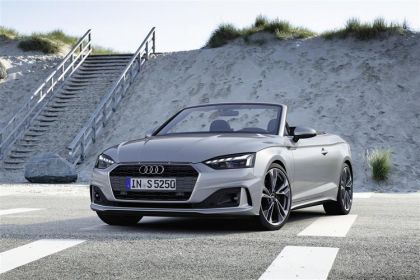 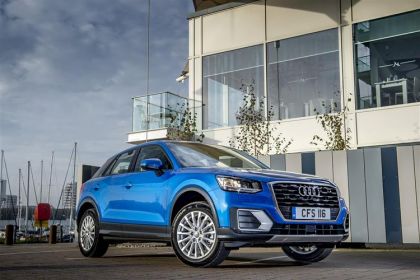