Citroen's SpaceTourer is a super-large People Carrier aimed at families with their own private parking space outside the maternity unit. Jonathan Crouch checks out the latest range.

Thinking of buying a People Carrier with room for up to seven people? Well, what about if, for not much more, you could get yourself a smart-looking one with space for up to nine folk? That's what's on offer from Citroen's appealing-looking SpaceTourer MPV.

Citroen has never been a serious player in the super-large People Carrying MPV market, the segment that sees cars that are essentially converted medium-sized vans, models like Volkswagen's Caravelle and the Mercedes V-Class. The French brand has long offered minibus versions of its Dispatch LCV, but they've never really courted car customers. Now though, the Gallic maker has a model line that very definitively does, the SpaceTourer.

Citroen has never been a serious player in the super-large People Carrying MPV market, the segment that sees cars that are essentially converted medium-sized vans, models like Volkswagen's Caravelle and the Mercedes V-Class. The French brand has long offered minibus versions of its Dispatch LCV, but they've never really courted car customers. Now though, the Gallic maker has a model line that very definitively does, the SpaceTourer.

Sensibly, all the Euro6 units engines on offer in the SpaceTourer are diesels and if your needs are mainly based around lighter people carrying duties and short distance urban work, then the entry-level 120hp 1.5-litre BlueHDi unit may well be quite sufficient. For heavier payloads and longer journeys however, you'll be needing the 2.0-litre BlueHDi model which gives you a lot more pulling power and is available with 120, 150 or 180hp. The 120hp unit is optionally available with the brand's efficient EAT8 auto transmission, a gearbox that's mandatory on the 180hp variant.

News that this Citroen MPV is based on the marque's Dispatch van may lead you to fear the worst when it comes to handling dynamics. Actually though, you should be pleasantly surprised by the dynamics on offer here, these aided by a variant of the same EMP2 platform used for Citroen's Grand C4 Picasso People Carrier. The ride should particularly impress. Special wishbone filtering is provided to dampen the impacts from our country's terrible tarmac and the variable stiffness springs and shock absorbers should deliver decent levels of comfort whether the vehicle is loaded or unloaded. Refinement is also claimed to be surprisingly good for such a large, square MPV. As before, there's the option of a Grip Control traction system. We also like the 'Coffee Break Alert' warning system, which flashes up a dash warning after two hours of uninterrupted driving at speeds of 40mph and above.

Citroen's first serious stab at the super-large MPV segment is surprisingly easy on the eye, aiming at what the brand calls 'a sense of robust assurance without appearing aggressive'. The front design consists of a short horizontally-styled bonnet with large, high-set headlights, providing a commanding view of the road. In addition, the front features a broad, protective bumper with strong black air intake grilles that contrast and accentuate the SpaceTourer's styling.

Under the skin, this MPV utilises the acclaimed 'Efficient Modular Platform 2' (EMP2) chassis, one of the things that enables this model to offer so much interior space. There's room for up to 9 spacious seats with 1,500 litres of boot space - or up to 4,900-litres of luggage space if you take out the removable seats. The SpaceTourer's height of 1.90m is low enough to guarantee entry into covered car parks - a relatively rare attribute in this segment. It's available in two defined lengths - 'M' and 'XL', measuring in at 4.95m and 5.30m respectively. Key selling points include hands-free access for the electrically-operated side and rear door and an opening rear window in the tailgate so small items can be more easily put inside.

Top 'Business Lounge' derivatives feature four armchairs in the rear cabin complete with Isofix mounting points, longitudinal and back rest angle adjustment, and - for optimum flexibility - the seats in row two can be mounted forward or rear facing. A rail-mounted table can be added at extra cost to convert SpaceTourer 'Business Lounge' into the perfect mobile meeting room.

Think in terms of a £35,000-£45,000 price point for this Citroen SpaceTourer and you shouldn't be far out. The basics of specification are worth repeating here, so there's a choice of two vehicle lengths - 4.95m 'M' and 5.30m 'XL' - both of which can be configured as 8 or 9-seaters. There's a choice between 'Feel', 'Flair', 'Business' and 'Business Lounge' levels of trim.

Inside, all models get a 7" infotainment touch-screen. This setup's voice recognition provides additional security for using the Navigation, Telephone and Media features without taking eyes off the road. SpaceTourer buyers can also specify sophisticated 'Connect Nav' 3D navigation as part of a package that includes TomTom Traffic real-time traffic information and access to information like the location and prices of service stations and car parks, weather forecasts and local search of points of interest. There's also a MirrorScreen function so that you can use functions from your smartphone on the centre dash 7-inch screen.

The SpaceTourer's Euro6 engines have been chosen with operating costs rather than performance in mind and this will suit businesses as well as families with a firm grip on their finances. For the 1.5 BlueHDi 120 variant, combined WLTP fuel economy is pegged at up to 47.1mpg, along with up to 126g/km of CO2. For the 2.0-litre BlueHDi 150, the figures are up to 41.9mpg and up to 142g/km. If you want a little more power and opt for this engine in 180hp guise, you're looking at up to 40.6mpg and up to 144g/km.

What else are you going to need to know? Well, there's the usual unremarkable three year/60,000-mile warranty and service intervals for all engines are every 20,000 miles or once a year - whichever comes first. You can budget ahead for the work by taking up Peugeot's 'Service Plan' that for a fixed monthly fee, can cover you for up to 50,000 miles of motoring over either three or five years.

It's time the super-large MPV segment was shaken up a bit. For too long, it's been dominated by the Volkswagen Caravelle and the Mercedes V-Class, both models that sell at rather over-inflated prices. The only more affordable alternatives in the past have been relatively unappealing - models like Hyundai's i800 and Ford's Transit-based Tourneo Custom. In comparison, this Citroen SpaceTourer looks a far better proposition.

It's much cheaper than a Caravelle or a V-Class, easier to drive because it feels more compact on the road, yet just as spacious inside, with room for up to nine. The only real impediment to success might lie in the fact that you can get much the same recipe in this segment from the Peugeot Traveller and Toyota Proace Verso models that share this Citroen's basic design. Still, if you get the right deal on a SpaceTourer and you've a Citroen dealer in close proximity, we think you'll like it. 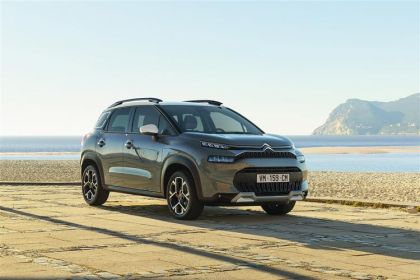 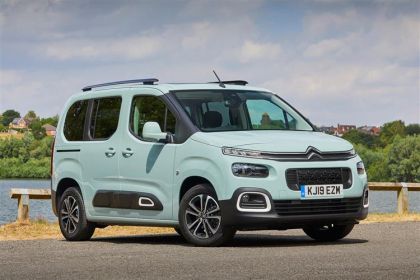