The Fiat Panda 4x4 is an all-wheel drive version of Fiat's city car that's been beefed up and given a whole suite of very clever traction management electronics that ought to drag it out of the tightest spots. Gnarly all-terrain tyres and an elevated ride height mean that this one has genuine off-road chops. Choose from standard or even more capable 'Cross' versions.

The Fiat Panda makes a very good citycar. The key problem is, for Fiat at least, that there are any number of other urban scoots that do much the same. Why would you choose a Panda over, say, a Peugeot 108 or a Volkswagen up! or even a Hyundai i10? Yes, the image of studied Latin nonchalance might appeal and a base Panda sitting outside a Soho espresso bar would probably be cooler than any of the aforementioned alternatives, but where the Panda really shines, where it really becomes something special is when it sends drive to all four wheels.

Fiat sells two kinds of four wheel drive Panda, a standard 'Panda 4x4' and a slightly more capable 'Panda Cross 4x4'. Think of the latter as a Panda 4x4 plus ten per cent. It's more capable, more hardcore and just more of everything. It's what a 108, an up! Or an i10 could never be.

The engine that powers the both kinds of 4WD Panda is the brand's TwinAir 0.9-litre petrol unit which manages 85bhp from its two cylinders. The main difference between the Panda 4x4 and the Panda Cross 4x4 is the latter's standard 'Torque-on-Demand' transmission system. This utilises the vehicle's Electronic Locking Differential and Electronic Stability Control systems to manage the engine's torque delivery in difficult driving conditions. It's controlled by the Terrain Control selector, which offers the driver three driving modes. 'Auto' offers an automatic distribution of drive between the front and rear axles according to the available grip, 'Lock' keeps the vehicle in full-time four-wheel drive at speeds of up to 30mph, distributing torque by braking slipping wheels and thus transferring the drive to those with the most grip. Finally 'Hill Descent' is fairly self-explanatory. The chunky all-season 185/65R15 tyres help sniff out grip where none seems available and the generous ground clearance (16cm for the MultiJet II version and 15cm for the TwinAir model) combine with very good approach and departure angles to give the Cross surprising clambering abilities. Even the standard Panda 4x4 model though, can get surprisingly far off the beaten track, thanks to a raised ride height.

The standard Panda 4x4 gets 4x4 styling and raised suspension, but its looks are relatively restrained. The Panda Cross 4x4 is rather more in-your-face and looks anything but the suburban, cutesy Panda. In fact, the front end looks a bit bitey. There's a lot of styling going on here, from the revised light clusters, the Cross-specific bumper assembly, the front fog lights punched into a melange of mouldings, skid plates and Panda-themed 'squircles'. LED daytime running lights are built into the skid plates.

Aside from the increased ride height, you might also clock the smart burnished metal finish 15-inch alloy wheels that offer more than a nod to the design of the classic TSW Venom rims of the Nineties. There are also satin titanium effect roof rails and moving to the rear, you'll also spy the beefier bumper and underbody protection, chrome tail pipe and bright red tow hooks.

The standard Panda 4x4 costs just over £15,000, but you'll need just under £17,000 for the Panda Cross 4x4. Fiat has clearly aimed some budget at the cabin of the 'Cross' variant, with an interesting fabric/eco-leather seating finish and a dashboard that features a copper effect. Standard equipment includes a leather-trimmed steering wheel with stereo and phone controls, a leather-trimmed gear lever, automatic climate control, Blue&Me Bluetooth connectivity, electrically-adjustable door mirrors, a height-adjustable driver's seat and that Terrain Control selector.

City Brake Control is available as an option. This system recognises the presence of other vehicles or obstacles in front of the car, braking automatically if the driver fails to intervene directly to avoid a collision or mitigate its consequences at speeds of up to 18.6mph.

The Panda 4x4 manages 37.7mpg on the WLTP combined cycle and 129g/km of NEDC-rated CO2. For the Panda Cross 4x4, the respective figures are 37.2mpg and 129g/km. As with all Pandas, residual values will doubtless hold up fairly well. The warranty is a typical three year affair but with a 100,000 mile limit that's significantly higher than some other brands will give you. Pandas hold their value very well and that's unlikely to change any time soon. The car is covered by a three-year, unlimited mileage warranty and there's 36 months of breakdown cover included as well. Servicing needn't be too costly as Fiat parts are relatively cheap. The brand also offers fixed price service plans that take care of all service charges, labour and replacement fluids. You can pick from durations that span from one to five years, with corresponding mileage from 9,000 to 45,000 miles.

It's hard not to love a 4WD Fiat Panda. On the face of it, a go-anywhere citycar seems faintly ridiculous; one of those pointless symbols of urban one-upmanship. Then you think about it a bit more and it makes all kinds of sense. If you live in the sticks and need genuine all-weather ability, what options are there other than hulking SUVs? Yes, there's a Suzuki Jimny but if you want something that feels as if it could survive a head-on with a badger without putting you in a wheelchair, this 4WD Panda looks a ready made answer.

Even if you're not already digging in for winter, this go-anywhere little Fiat offers affordable fun for those who might just want to do a bit of green-laning of a weekend. And it's in great demand on the used market. If you want something that's fun and isn't going to put your driving licence at risk, a 4WD Panda offers a genuine alternative. 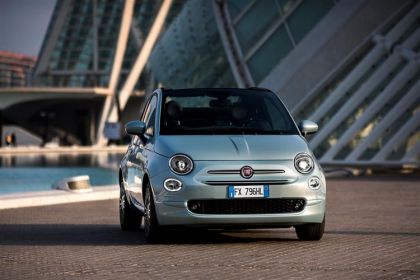 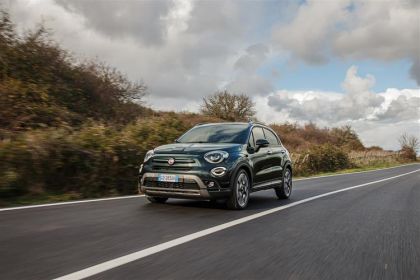 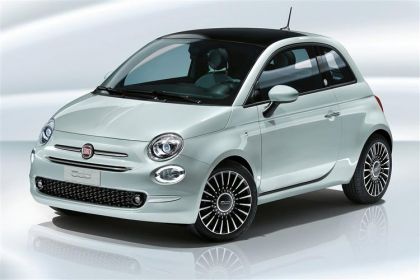