The second generation version of Honda's NSX supercar has been lightly upgraded. Jonathan Crouch takes a look at a car that still pushes boundaries.

Honda tried to bring buyers in the supercar segment something a little different with its second generation NSX. Recent embelishments include chassis upgrades and mild tuning of the Sport Hybrid technology that offers an electrified boost to the throaty 3.5-litre V6, hence the impressive performance. It's a desirable package.

The NSX, or 'New Sports eXperimental', sportscar was the model that really put Honda on the radar of motoring enthusiasts when it was conceived back in the 1980s with the help of one, Ayrton Senna. The Formula One World Champion famously had one in Brazil and one in Europe always available for his personal use. The car originally went on sale in 1990, but vanished from the price lists just after the turn of the century and wasn't replaced.

A successor was planned for launch in 2010, but fell foul of the recession of the time and also never saw the light of day. In 2014 though, Honda gave the green light to a small group of US-based engineers to develop a second generation model. This futuristic machine, laubched in 2016, is the result. In late 2018, the brand lightly upgraded this package to create the car we're going to look at here.

The engine is a specially developed 3.5-litre V6 that in this improved model features upgraded injectors and enhancement to the heat response of the turbocharger. It still offers the same 500bhp output, which on its own wouldn't be quite enough for supercar class competitiveness, so just behind this twin turbocharged unit sits a 48bhp electric motor. Plus there are two further 37bhp electric motors, one for each wheel. The peak revs of all these various power sources don't arrive simultaneously, so peak power is 573bhp. Power is transmitted through a dual-clutch paddleshift auto gearbox with nine speeds - the first for launching you away from rest, the ninth for cruising on the highway and the seven closely-stacked ratios in-between for driving duties.

You control all of this via the NSX's drive selector. In so-called 'Quiet' mode, it'll pull away in its silent electric-only setting, but you'll be more interested in the three other options you can select - 'Sport', 'Sport+' and 'Track'. On the move, the prodigious weight of the complicated powertrain will delay you a little - this Honda tips the scales at a portly 1,725kgs - but not too much, 62mph from rest flashing by in 2.9s en route to a maximum of 191mph. And of course, plenty of aural fireworks are promised from the throaty V6. The NSX rides on two-stage magnetorheological dampers, the firmness of which depends on your drive mode selections. The brakes are track-ready, though many owners will want to opt for the extra cost ceramic stoppers.

Changes to this revised model aimed at further sharpening the handling include the adoption of larger front and rear stabliser bars, stiffer rear hubs and control-arm toe link bushings, the adoption of new Continental SportContact tyres and a recalibration of the software controlling the Sport Hybrid power unit, the steering and the stability systems. As a result of all of this, this revised NSX is said to be two seconds a lap faster than the current model around the world famous Suzuki Grand Prix circuit in Japan.

You can see that to some extent, the NSX designers have been influenced by an Audi R8 in the styling of this car but this Honda still manages to have its own distinctive style, with more angular lines that must incorporate all the scoops and vents necessary for no fewer than ten different radiators. Under the skin is a mixed-material spaceframe that incorporates a two-seat cabin and an engine positioned to sit longitudinally just behind it. The car's extremely wide - 2,217mm if you include the mirrors - which might make it fell a little more unwieldy than, say, a rival Porsche 911 Turbo on tighter roads. Exterior upgrades to this revised model see the chrome finish of the upper front grille surround now colour-matched to the bodywork, while a smarter gloss-black finish is applied to the mesh in the front and rear bumpers.

Inside, the finish is quite nice, apart from a few plastics with metal finishes, but storage space is at something of a premium and, like many Hondas, this one has an infotainment touchscreen that lags behind the best standards set in this class. The Garmin navigation system element is particularly poor. The steering wheel needs a bit more adjustment but the sports seats are comfortable and the instruments are clear.

Honda asks around £145,000 for NSX ownership; that's if you can get one. The initial allocation quickly sold out and so did the second tranche of hand-built models. In terms of rarity, this Honda makes an R8 look like a Fiesta. It's hand-built using cutting-edge powertrain technology - and of course you pay for that. To give you some competitor perspective, a rival Audi R8 V10 Plus costs around £141,000. A Porsche 911 Turbo S coupe is about £148,000. So yes, this Honda looks to be priced n about the right ballpark against its competitors. There are rumours of an NSX Type R variant, but they remain rumours.

The NSX is a hybrid but you can't plug it in and it won't go very far on electric power alone. You might gather than from the quoted efficiency figures - 28.2mpg on the combined cycle and 228g/km of CO2. And you'll need super unleaded.... That CO2 figure, by the way, is five times greater than that quoted for the other hybrid model in this sector, the Plug-in BMW i8.... Still, look on the bright side, the emissions return is 32g/km better than a Ferrari 488.

On to the warranty, the usual three year/90,000 mile deal available with all Honda models, which is reassuring and a bit better than most rivals who tend to offer guarantees limited to 60,000 miles. Residual values of the previous generation NSX held up pretty well, so there's no reason to think that those of this new-era version will be any different.

This segment is full of compelling supercars. But this Honda continues to offer something a little different. There's so much technology in the hybrid drivetrain that this model might easily have become something of an engineering exercise rather than a raw, involving super-sportscar. That this hasn't happened is due to the fact that it's clearly been developed by people who love their driving.

A team who bought themselves just about every desirable rival they could lay their hands on, then tuned each NSX element to try and make this Honda just that little bit better in every area. Must have been fun. Drive the end result and you'll find out just how much. 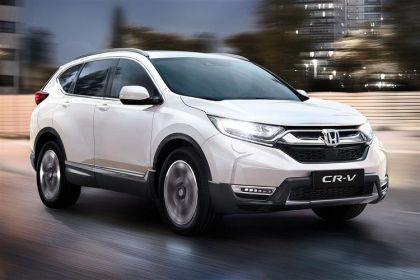 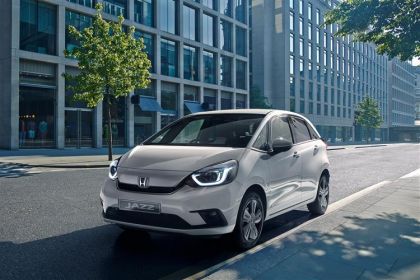 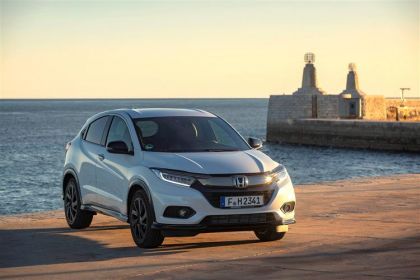