Okay, time for a quick report card on the Jaguar F-TYPE. It's been nothing but good news for its maker and this range of coupes and convertibles has gradually evolved since its original launch back in 2013. Thing is, Jaguar isn't sitting back, sparking up a Cuban and watching the money roll in. Instead it's ploughing huge investment into the car and the fruits of that research and development are starting to materialise. This improved model gets a smarter front end and an extra V8 engine option. Let's check this car out in Convertible form.

Jaguar has now pensioned off its 3.0-litre supercharged V6, but instead, offers F-TYPE buyers who don't want the entry-level 2.0-litre four cylinder 300PS unit a new 450PS version of its classic supercharged V8. This fiery powerplant develops a prodigious 580Nm of torque from just 2,500rpm. If that's not enough, the F-TYPE R continues at the top of the range with a 575PS version of the same V8. In terms of drive formats, the four cylinder model comes only with rear wheel drive; the 450PS V8 can be ordered with either rear wheel drive or AWD; and the F-TYPE R comes only with AWD. Got all that? I'll be asking questions later.

You're going to want to lower the fabric roof to better hear these engines of course - a process that can be accomplished in just 12s at speeds of up to 30mph - but once you do, you won't be disappointed. Personally, I usually like my automotive sound effects to come from the engine rather than, as here, the tailpipes at the back but even I have to admit that this car hums an addictive tune. Whichever variant you choose, performance is striking. Even the feeblest 340PS model makes 62mph from rest in just 5.7s, while the V8 P450 manages 4.6s and 177mph and the F-TYPE R delivers just 3.7s and 186mph. Across the range, you get an all-aluminium chassis, double wishbone front suspension and a multi-link-suspended rear.

The visual changes made to this improved model are significant, centring mostly on a front end now embellished by super-slim pixel LED headlights that blend into the 'liquid metal' surfacing' of the restyled clamshell bonnet. There's also a new front bumper and a subtly enlarged grille that aim to deliver more visual impact and presence. And the slender rear lights have been revised too, featuring an LED chicane signature inspired by the Jaguar I-PACE. Otherwise, it's as you were. Aesthetically, there are some lovely details such as the pop-out door handles and the single flying buttress that swoops down from one side of the centre console. Then there's the neatly styled gear selector, the giant TFT display in the dash and the deep-set driving position.

The roof, as you've probably already gathered from the clean, compact shape, isn't the kind of heavy metal folding deal you'll find in rival Mercedes sportscars: that would have upset the low centre of gravity and near 50:50 weight distribution the engineers prioritised so much with the light weight aluminium architecture of this design. So it's a multi-layered fabric affair with a thick Thinsulate lining that raises or lowers in just 12s and doesn't need a panel or a tonneau cover to smooth it over when stowed. Instead, the top section of the roof itself keeps everything looking tidy. Unlike a metal top of course, it doesn't rob you of bootspace when it's down. Which is just as well, because there isn't much. The 196-litre boot is one of the relatively few things that might make you think twice about this car.

Jaguar hasn't always been right on the pace of its key German rivals when it comes to economy and emissions, though little consideration is usually given to the fact that its cars are usually priced more affordably and are better equipped. At the base of the range, the automatic 2.0-litre 300PS RWD F-TYPE Convertible records up to 29.6mpg on the WLTP combined cycle and emits up to 217g/km of carbon dioxide (NEDC). With the 450PS V8, the figures are up to 26.6mpg and up to 241g/km. Go for a AWD 450PS V8 model and those figures are hardly any worse, at 26.0mpg and 247g/km respectively. You'll need deep pockets to run the top V8 model; the F-TYPE R manages 26.4mpg and 243g/km.

Jaguar must be absolutely delighted with the way that F-TYPE residual values have held up, an entry-level automatic convertible retaining a bigger share of its value after three years than either a Porsche 718 Boxster S or a Porsche 911 Carrera Cabriolet when both are fitted with an equivalent PDK transmission.

Jaguar is a company that has, in the past, demonstrated an uncanny ability to snatch defeat from the jaws of victory. When we first drove the F-TYPE, we wondered how they'd manage to shoot themselves in the foot with base material that good. But they didn't. The pricing was well-judged, the promotion spot-on and the car has, fingers crossed, appeared well screwed together. It's a case study in doing things right and the latest models only serve to underscore that fact. The all-wheel drive chassis is a logical choice for the more powerful F-TYPE models which could be a bit hairy-chested for some. In this damp and dismal isle, a little more of a traction advantage is never a bad thing.

As for the rest of the changes, well the smarter looks are welcome and we can see enthusiasts liking the 450PS V8 that replaces the old V6. Ultimately, if you liked this car before, you'll like it even more now. Jaguar needed to find a younger, more demanding, hungrier audience for its sportscars. With the F-TYPE, it's done just that. 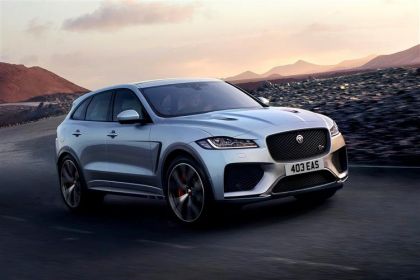 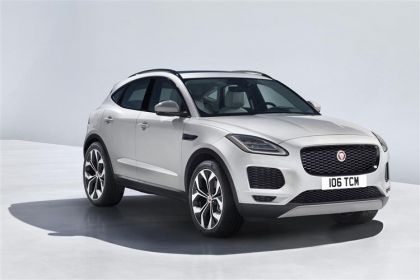 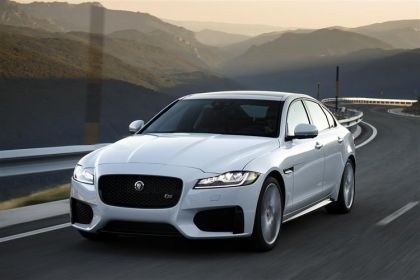 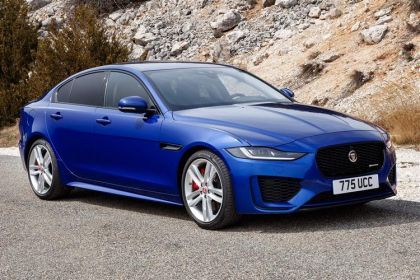