Where the previous Grand Cherokee found itself floundering, this one has established its niche. In 461bhp SRT guise, it offers stunning pace but at a price that undercuts its rivals. That is a very big car clambering into one small niche though.

We've been here before. Jeep introduced the 420bhp Grand Cherokee SRT-8 back in 2006 and it wasn't at all bad. Back then, the press seemed to be in a 'kick Jeep at any opportunity' mode and the SRT-8 was predictably savaged without being given a fair crack of the whip. I had the opportunity to drive the SRT line of Crossfire, 300C and Grand Cherokee models and of the three, the Jeep was by far the most satisfying.

The intervening years have been tough on Jeep, the merger with Daimler failing in 2007, the subsequent ineptitude of owners Cerberus Capital Management and then the filing for bankruptcy in 2009. Then came a partnership with Fiat and what has amounted to an almost miraculous recovery in sales volumes. You can feel the confidence around Jeep now and the SRT is a model that reflects this new-found bullish attitude. A bit of the old swagger is back.

Where the previous generation SRT-8 had to make do with a mere 6.1-litre Hemi V8, the latest SRT model teases the engine out to 6.4-litres, with quite a few essential modifications. There's an active intake manifold system and a high-lift cam with cam phasing to help broaden the amount of power and torque across the rev range. Specifically, 90-percent of peak torque is available between 2,800 and 6,000 rpm, allowing for inspired standing starts and improved straight-line performance. Sounds impressive and it's certainly rapid, getting to 62mph in just five seconds and running onto a maximum of 161mph. Impressive as they are, those figures aren't a match for the more costly super-SUVs like the BMW X6M or the Porsche Cayenne Turbo, but then Jeep isn't charging as much. What's a little more surprising is that they aren't quite as good as the old Grand Cherokee SRT-8 either, which had a 41bhp power shortfall. The reason why is weight. This Jeep has become a bit of a porker, tipping the scales at 2,360kg but it's now helped in its sprinting ability by a much more up to date eight-speed automatic gearbox.

Under the skin, this variant features a Quadra-Trac active on-demand four-wheel-drive transfer case. This 4x4 system employs inputs from a variety of sensors to determine and prevent wheel spin. The set-up uses something called 'Throttle Anticipate' to sense quick movement in the throttle from standstill and maximises traction before any wheel spin. When tyre slip is detected, the system can transfer up to 100 per cent of available torque to the rear wheel with better grip. The transfer case enhances handling by proportioning torque between the front and rear axles to maintain the driver's intended path. Plus there's a retuned Selec-Trac system that automatically adapts the dynamics of the vehicle to customers' habits and driving conditions. It's all clever stuff.

Some powerful SUVs carry their potency extremely subtly. The Grand Cherokee SRT is not one of them. If one of these pulls up in your rear-view, you'll know right away that this isn't something packing a wheezy diesel. It sits low to the road thanks to a 30mm drop in ride height and the 20-inch Balck Vapor chrome alloy wheels are shod with huge 295 section tyres.

At the front, there's a black, seven-slot front grille while the adaptive, bi-xenon headlamps have a unique black background to distinguish this car from other Grand Cherokee models. This black treatment helps to further highlight the SRT's uniquely aggressive appearance. The SRT's front is mirrored at the back: here the tail lamps with signature LED lighting have a black surround to further emphasise this variant's performance heritage. You'll also find a more aerodynamically efficient rear spoiler integrated into the one-touch automatically opening tailgate.

Inside, the supportive SRT sports seats are perhaps the most impressive thing inside the car. The front pair are heated and ventilated and are finished in Nappa leather and suede, while the back seats have to make do without ventilation. The Electronic Vehicle Information Centre (EVIC) is a bit of fun too, with its SRT-exclusive Performance Pages displaying instant feedback on steering input measurements, horsepower, torque, 0-62mph time, 62-0 mph braking distance, g-forces, and covered distance times, along with additional engine information.

In case you were wondering, SRT stands for 'Street Racing and Technology' and it's Jeep's go-faster division. The pricing of this model is interesting as at just under £60,000, it looks a positive bargain compared to the mid-eighty grand mark that the likes of BMW, Mercedes and Porsche charge for their hotted up trucks. It's also notably well equipped.

Standard features include a dual-pane sunroof, adaptive cruise control and an infotainment and navigation system with a 6.5-inch touchscreen and 30 gigabyte hard disk. This accepts USB inputs well as AUX-in, will play DVD discs and will also connect to your phone via a Bluetooth system with mike integrated into the rear view mirror. The Harman Kardon surround sound stereo system nearly has the engine licked, with 825 watts of peak power and no fewer than nineteen speakers.

Here's the kicker. Despite featuring fuel-saving technology like 'cylinder on demand', which cuts the engine down to four cylinders when cruising, the Grand Cherokee SRT will still chew through fuel in a manic fashion. Jeep quotes a combined fuel figure of 20.2mpg for the car, but given that most of us tend to average what manufacturers quote for city driving, it would be more realistic to expect a figure of around 13.5mpg which will make for a very expensive ride.

Likewise, emissions are a top-of-the-shop 327g/km, which is put into perspective by the fact that the bigger, heavier and far more powerful Mercedes ML63 AMG emits just 276g/km. Residual values will be a significant issue too, as you only need to see the trouble dealers have selling the old SRT-8 models for halfway sensible money. Consolations? There aren't many. It's worth bearing in mind that the SRT's huge equipment list means that you won't have to go anything like as mad with the options as you would to get a decently specified ML63 AMG, Cayenne Turbo or X6M. That helps take the initial bite off depreciation.

The Jeep Grand Cherokee SRT is a vehicle that impresses easily. There's precious little wrong with the product. The interior isn't as well built as some and the styling maybe a little gaudy for others but it's a fundamentally well engineered vehicle. It's also a vehicle that's cripplingly expensive to run and that threatens to torpedo its customer appeal. Who are these customers who can't run to a Porsche Cayenne Turbo yet would gladly buy a £60,000 SUV that requires a hefty bankroll to run? I'm not sure too many of them exist. What's more, I'd wager that the superior residual values of the top German models would mean they didn't cost any more to run than the Grand Cherokee over a typical three year ownership period.

All of which is a bit of a shame. Jeep has built a vehicle that's capable, charismatic and imbued right through with a sense of fun, but which trips over when head rules heart. For the few people for whom the SRT makes sense, I predict a very enjoyable time ahead. 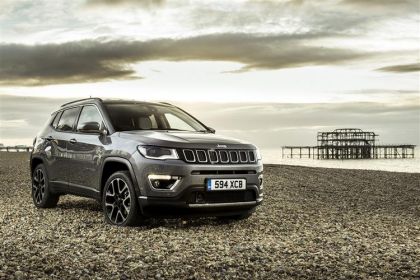 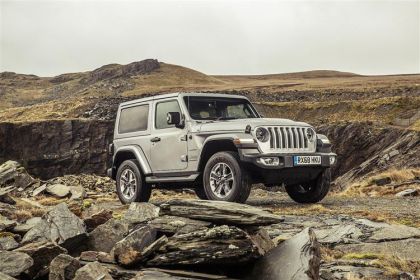