The Z-Sport special edition offers MX-5 Roadster buyers - who are happy with 2.0-litre power - some additional equipment and a unique interior finish for a modest premium. Jonathan Crouch reports.reports.

A high-end MX-5 special edition, the Z-Sport stands out with its 17-inch BBS alloy wheels, Cherry Red fabric hood and 'Machine Grey' metallic paint, a model that keeps a tried and tested formula fresh. Available only with the 2.0-litre SKYACTIV-G engine, it's bound to be popular.

Mazda claims to have sold 100,000 MX-5s in the UK and I'm tempted to think the number of special edition models it has offered for sale is only slightly less. The latest is the Z-Sport, and as special editions go, it's one of their better efforts, this time based on the higher-powered 2.0-litre variant.

Sales of roadsters have dropped off in recent years as the market for small cabrios has swelled with new arrivals, but Mazda is fighting back with keen value for money, sticking to a design philosophy that's even more relevant now than when the MX-5 was first launched in the UK, over twenty years ago. Indeed, the brand's use of light weight construction and fuel-efficient engines has been copied by many rivals looking to share its success.

As previously mentioned, the Z-Sport comes only with the MX-5's top 160PS 2.0-litre SKYACTIV-G petrol unit, but arguably that's the one to have with this car, offering everything you need and nothing you don't. It can't offer the last word in searing pace but you can get to 62mph in 7.3s on the way to 133mph, which is probably about as fast as you'll need to go. Anyway, straight line speed was never what the MX-5 was about. Instead, this model has always majored on tactility, usability, comparatively modest grip levels and a chassis that's helped generations of drivers get to grips with rear-wheel drive dynamics.

Through the turns, MX-5 Z-Sport buyers will certainly be extracting plenty of enjoyment from the sweet chassis. There's a little more roll through corners than you might expect and the engine can't boast a particularly inspiring soundtrack but there's a huge amount of fun to be had behind the wheel.

The shape of the MX-5 hasn't changed radically from generation to generation. This one's no exception, but there's a bit more aggression about the detailing, the car looking like a shrunken Jaguar F-Type roadster from the rear three-quarter. Some have thought there's something a bit fishy-looking about the front end but it'll probably grow on you. See one in the metal and you'll be amazed at just how tiny it is. It's fully 105mm shorter in overall length than the previous generation version, despite the wheelbase only being 15mm less. It also stands 20mm lower and 10mm wider. Lower and wider is always good for a roadster's stance.

In another clever touch, the seat cushions are supported on netting instead of the usual metal springs, allowing Mazda to reduce weight and seat the driver's hip point closer to the road. A lower driver then means the windscreen header rail can shift backwards, in this case by 70mm, which in turn means the hood is shorter and lighter, and also easier to package when folded.

The cost of this Z-Sport derivative is about £25,600, which means you'll be paying a premium of around £4,000 over the price demanded for the standard-range SE-L Nav variant 2.0-litre model. In return for that, you get 'Machine Grey' Metallic paint and a deep Cherry Red fabric hood.

The unique look is further boosted by 17-inch black BBS alloy wheels, while the increased equipment tally also includes 'Sand Leather' seats, plus Z-Sport floor mats and scuff plates. To further highlight its uniqueness, each car comes with an individually numbered Z-Sport plaque on the dash. And other standard features include a limited slip differential, Bilstein dampers and a strut brace. On top of that, you can expect to find LED daytime running lights, climate control air-conditioning, DAB radio, Bluetooth and cruise control, plus Mazda's MZD-Connect connectivity and infotainment system with 7-inch colour touch-screen display and Multimedia Commander.

Stick with light weight and a modest power output and this dictates a raft of affordable costs. The MX-5 has long been the exemplar of the affordable sports car and emissions are agreeably low, the 2.0-litre engine used in this Z-Sport model pegged at 161g/km. Fuel economy is rated at 40.9mpg on the combined cycle. Residual values have held up well, although some trade ambivalence exists as a result of all the MX-5 special edition models that have come and gone. In other words, don't expect traders to value the Z-Sport model's extras too highly come trade-in time.

What else? Well servicing should be affordable and there's a useful 'maintenance' section of the MZD-Connect infotainment screen with helpful 'oil change' and 'tyre rotation' sections. Otherwise, you get the usual three year, 60,000 mile warranty. And Insurance groupings pitch in at 29E for this 2.0-litre model.

The Mazda MX-5 is a vehicle that never seems to have a sell-by date. Even Mk1 cars still feel fantastic and this Z-Sport special edition model offers a subtle twist on a very familiar format. The extras included in the package are well judged and desirable without over-egging the mix. The handling remains as much fun as ever, and the lightweight cornering responsiveness of this latest generation model is going to be a draw for serious drivers.

In summary, the MX-5 Z-Sport offers decent value for money and will paint a huge smile on your face. There's a lot of life in that particular formula. 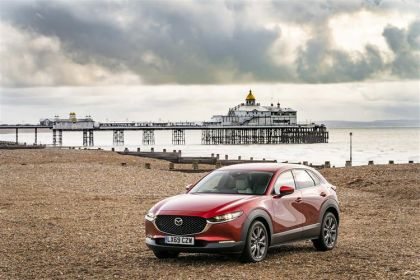 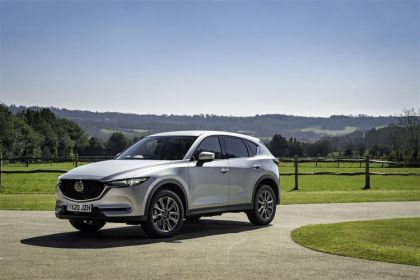 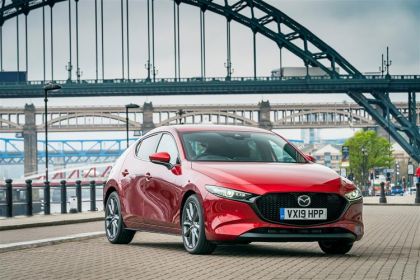