Can Mercedes more efficient biturbo engine provide the same thrills as the old 6.2-litre V8? The experts at Car & Driving check out the Mercedes-AMG C63 Coupe.

The C 63 coupe is Mercedes' flagship small coupe offering and this revised version gets smarter looks, a new 9-speed auto gearbox, even sharper handling and a smarter cabin. Despite being the most sporting variant in the C-Class range, the coupe is designed to be the most luxurious and comfortable small coupe in its segment. As well as the fastest.

This generation Mercedes-AMG C 63 Coupe has proved to be a big improvement on its thirsty 6.2-litre V8 predecessor, not least because of the installation beneath the bonnet of the twin turbo 4.0-litre V8 from the brand's Mercedes-AMG GT supercar. This further updated model looks and feels a little more sophisticated - and receives a new 9-speed auto gearbox that properly matches the sophistication of the engine.

Cabriolet, saloon and estate C 63 variants are all available, but it is perhaps this Coupe bodystyle that best delivers what enthusiasts will be looking for from this package. Here, it gets a healthy extra dose of style and technology.

Though the C 63 is considered a sports coupe, it's not as focused on outright handling ability as certain rivals. The optional AIRMATIC air suspension system says a lot about what it believes customers want from their Mercedes coupe. The AIRMATIC suspension also features self-levelling for optimum comfort even when the vehicle is fully loaded. The suspension itself is a four-link system for the front axle and a five link at the back, allowing greater control over the movement of each wheel for a better ride quality and more sure-footed handling. To help put the power down, a mechanical limited slip differential is standard on the C 63, while the more powerful C 63 S gets an electronic item. Both items are fitted to a C 63-specific rear axle. Drivers can choose between four driving modes on the C 63 and five on the C 63 S. As before, buyers aren't offered the 4MATIC 4WD sytem you get in the lesser V6 C 43 model, so it's rear wheel drive only; which can lead to a few tense moments when cornering in the wet.

The bi-turbo 4.0-litre V8 engine produces more power and torque than any of this coupe's current rivals. Choose the C 63 S and you'll have the full fat 510hp and 650Nm of torque, whereas the standard model has to make do with just 476hp and 600Nm. Any worries of forced induction ruining the soundtrack are quickly dispelled - this turbocharged V8 sounds fantastic and with the torque coming in so much lower, the performance is not only stronger but more accessible. What we didn't get when the 4.0-litre powerplant was first installed into the C 63 was an appropriately modern auto gearbox to go with it, early versions of this second generation model equipped with a 7-speed auto from the original 2015 launch. So Mercedes has now put that right, mating this V8 with a 9-speed AMG SPEEDSHIFT MCT 9G transmission that according to the brand, delivers an even more agile gearshift response.

To cope with the massive amounts of power and torque on offer, the C 63 has a wide track, AMG RIDE CONTROL suspension with electronically controlled dampers and various other suspension tweaks to maximise grip and comfort. Subtle aesthetic changes underscore this revised MK2 model C 63's visual identity. The AMG-specific radiator trim sports vertical louvres in high-gloss chrome and a re-styled front apron features a sleeker 'A-wing' design. In profile, there are sporty side skirts plus aerodynamically optimised AMG light-alloy wheels, while at the rear, the twin tailpipes sit in a more expressive diffuser.

Inside, the main change is the addition of a fully digital 12.3-inch instrument cluster in front of the driver which brings the vehicle functions directly to life with the three AMG-specific display styles - 'Classic', 'Sport' or 'Supersport'. The buttons for the AMG Ride Control, the optional active AMG performance exhaust system and the three-stage gearbox modes are grouped around the standard Touchpad controller, above which is an AMG badge and surprisingly non-tacky IWC-branded analogue clock.

The C63 coupe's list price is around £69,000 with the S version coming in at around £78,000. The basic car's price is several thousand more than rivals such as the BMW M4 and Audi RS 5 and the S model comes in at around £14,000 more. It does attempt to justify that extra cost by having significantly more power and torque than either, as well as having a more comfortable and planted ride than before.

Also standard on the C 63 is an exhaust system with flap technology controlled by the AMG DYNAMIC SELECT system. It is automatically map-controlled and provides a sound fit for long distance or emotive driving depending on the driver's selection of mode, engine speed and the power demanded. An optional performance exhaust allows the sound to be modulated at the press of a button.

DINAMICA leather sports seats come as standard on both models. However Mercedes do offer a performance seat with a lower seating position and more pronounced bolsters, holding the occupants in place even more tightly. The C 63, though extremely talented, goes into a segment of the market in which there are numerous very capable rivals. BMW's M4 has a huge amount of performance and is significantly lighter than the Mercedes, giving it greater agility. Audi's RS 5 however, is quite a way behind in the power stakes but does counter with its all-wheel drive grip.

Mercedes claim that either variant of the C 63 can achieve around 34mpg on the combined cycle and that they only emit 230g/km. This is extremely efficient for a car of this weight with such significant power and performance. Insurance is group 47 for the standard C 63 and 48 for the C 63 S. The smaller, turbocharged engine and double-clutch gearbox are mostly responsible for this significant increase in economy and lower emissions. The engine is over 30 per cent smaller than before and the two turbochargers allow the engine to breathe more freely.

Residuals are expected to be similar to the saloon, which is predicted by experts to have retained 49 per cent of its value after three years. Mercedes' service package offers owners the choice of spreading the maintenance cost and only paying £40 per month. Though the C 63 will still be an expensive car to run, these major costs are almost identical to the smaller-engined and less powerful BMW M4, though that car's list price is much lower.

Though Mercedes have priced the C 63 quite a way above its rivals, the combination of a slicker 9-speed paddleshift auto gearbox and the best performance in its class by some way make up for this extra cost. The styling of both interior and exterior is another reason people may prefer the Mercedes - it looks more classy and the materials used are second to none.

Not only is the C 63 every bit as economical and efficient as its rivals, it also offers more power and torque, providing huge performance from anywhere in the rev-range, unlike certain rivals. AMG's suspension work has really paid off on the C 63 - its excellent control is thanks to the complicated multi-link setups front and rear and the adjustable damping means there's a mode to suit all roads. Where certain rivals compromise comfort to achieve maximum grip and agility, the Mercedes doesn't need to. It blends g-inducing grip with a smooth, quiet ride to give the best of both worlds. 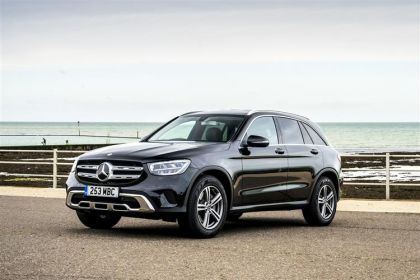