CHANGING OF THE GUARD

The Mercedes E-Class has never been sexy. Until now. In the pumped-up, slickly-finished form of the Mercedes-AMG E 63, here is a car that makes its rivals look a little one-dimensional. With a power punch that's up to 612bhp, it's devastatingly quick and you can expect a soundtrack that'll be utterly addictive. Choose from either a saloon or an estate bodystyle.

Traditionally, if you wanted the best executive super saloon or estate, you always bought a BMW M5. That was the way it was and has always been until now. Yes, you could buy an Audi RS6 or a Jaguar XFR and not look as if you'd made a complete horlicks of your car buying decision but if you wanted the best, you turned to Munich. Mercedes-Benz had made some hot versions of the E-Class down the years but they were often all go and no subtlety, heavy, uncommunicative things that didn't reward the skilled driver. Yes, they worked well if you had an autobahn to crack along, but they seemed the automotive equivalent of a flat track bully.

AMG, the go-faster division of Mercedes, has come good in recent years. It has engineered tactility and subtlety into its products and nothing shows this off better than the transformation of the AMG-branded E-Class. This latest 4.0-litre Mercedes-AMG E63 is a vehicle that doesn't just deserve consideration. It's now the car that the rest of the class has to measure up to. It's quite a big ask.

It's going to be hard for long-time E 63 buyers to accept the fact that a big normally aspirated 5.5-litre V8 no longer beats beneath the bonnet of this car. You still get a V8 though - just a smaller, more efficient turbocharged one. And a unit that puts out more power than before. The output of this car has risen from 557 to 571bhp. There's also a pokier E 63 S version that puts out 612bhp. Both derivatives sprint from rest to 62mph in about 3.5s and feature 4MATIC 4WD to help get all that torque to the tarmac. There's plenty of it too - 750Nm in the standard model or 850Nm if you go for the 'S' version.

As for transmission, well Afalterbach has developed a new 9-speed AMG SPEEDSHIFT MCT auto transmission for this car. The 'S' model also offers a 'drift' mode as part of a 'Race' programme you can select using the gearshift paddles. Dynamic engine mounts, AMG Sport speed-sensitive steering, AMG air suspension and an AMG high-performance braking system are all included. So is the AMG DYNAMIC SELECT drive programme system so that you can set the car up to suit the way you want to drive. Expect the result of all this technology to be utterly addictive. The E63 has long tried - and failed - to offer a class-leading alternative to BMW's M5: in this form, the Merc may just have pulled it off.

The E63 AMG doesn't major on in-you-face brashness. When you run down the list of exterior changes compared to a standard E-Class, there's quite a few of them but the end effect is remarkably subtle. As before, there's a choice of either saloon or estate bodystyles. As for the styling package, well where to start? There are more powerful-looking wider wheel arches and a smarter radiator grille with twin louvres in silver chrome, vertical black struts and 'AMG' lettering. The wide front apron is inspired by the design of a jet wing, while flics in black and a large front splitter epitomise the power of this model.

Inside, there are sports seats with plenty of lateral support, plus luxurious black nappa leather and DINAMICA microfibre trim. The AMG instrument cluster places all the important information in the driver's field of vision. Dials in a chequered-flag look and the distinctive typography lend the large, clearly legible displays the required sporty touch. The vivid widescreen multifunction display with two monitors is standard equipment on the 'S' variant and customers with a passion for motorsport will be pleased to note the RACETIMER feature for recording lap times on closed-off tracks.

If you think in terms of needing an £80,000 budget for your E 63, you won't be too far out. That's certainly not an insignificant amount but next to, say, a Porsche 911 Carerra, the E 63 AMG looks a lot of car for the cash. There's a premium of £2,000 to find if you want the estate model, rather than the saloon.

The standard spec list is very long indeed, but anyone wishing to personalise their E 63 4MATIC+ or E 63 S 4MATIC+ even further will be able to order numerous options from the AMG Performance Studio. The Night package, attractive wheel alternatives and two Carbon-fibre packages can be used to customise the exterior specification. In the interior, the Performance steering wheel in nappa leather/DINAMICA microfibre and the Performance seats, which are available for the first time, aim to reinforce the sporty character. Carbon-fibre trim parts or glass-fibre elements in matt silver round off the possibilities.

You won't be expecting a car of this kind to be very efficient. You might be surprised. The old 5.5-litre normally aspirated E 63 AMG managed 28.8mpg on the combined cycle and 230g/km of CO2. This 4.0-litre turbo model improves those figures considerably - to 31.7mpg and 203g/km. So, how has AMG done it? A key reason lies with this smaller engine's cylinder deactivation system which works when the driver selects the 'Comfort' transmission program. In the partial-load range, cylinders two, three, five and eight are deactivated, which crucially lowers the fuel consumption.

The set-up is available over a wide engine speed range from 1,000 to 3250 rpm. The AMG main menu on the instrument cluster informs the driver whether the cylinder deactivation system is in use and whether the engine is presently operating in the partial or full-load range. The transition from four to eight-cylinder operation is immediate, fast and imperceptible, so that the passengers do not experience any loss of comfort.

This new generation 4.0-litre Mercedes-AMG E 63 firmly establishes itself at the top of the executive super saloon class. It looks good and it should rides brilliantly for such a focused car, thanks to the freshly developed AMG air suspension.

The interior is beautifully finished with some of the best sports seats you'll ever encounter and a quality of materials that you'd hope to find in a car that carries this sort of price tag. As long as you can afford the running costs, the E 63 is a car that can do virtually every task without ever appearing to be a master of none. It's hard to see how Mercedes could have pitched this one better. 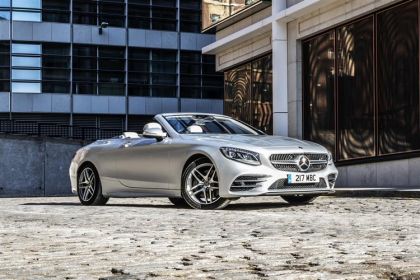 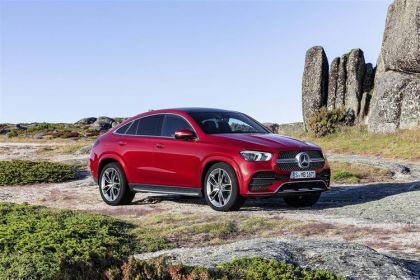