The Peugeot 108 continues to establish itself as a leading citycar contender, most recently with the introduction of a revamped Vti 72 engine. Jonathan Crouch takes a look.

Peugeot's 108 demonstrates just how far citycars have come in recent years. In fact, this one's more sophisticated and efficient than you might ever have expected a model of this kind could be. With this car, Peugeot is now offering an efficient Vti 72 petrol engine - and as before, there's the option of a TOP! variant featuring a neat retractable fabric roof. Plus you can personalise your 108 precisely to your preference.

Creating a citycar is hard enough. Trying to differentiate a design shared with other brands must be even more difficult. Such was Peugeot's job with this car, the 108.

Like its predecessor, the old 107, this model has to share its design and engineering with two rivals, Citroen's C1 and Toyota's Aygo. And, in comparison with the old 107, it had to offer citycar buyers more options - extra hi-tech, a bit more space and more complete safety provision.

In all these areas, this 108 does indeed improve on what went before and has now been improved still further with the addition of a more efficient Vti 72 petrol engine now used across the range. In comparison to its two design stablemates, this Peugeot has gone for a classier, more mature look. And it's highly personalisable. So, is that enough to put this Peugeot in pole position in this segment? Let's find out.

As you might know, the this car's Peugeot 107 predecessor was part of a three-car family alongside the Toyota Aygo and the Citroen C1, all three models being screwed together in Kolin in the Czech Republic. It's the same story with this second generation design, which is why it'll come as no great surprise to learn that the 108 is mechanically identical to the Citroen C1. Original versions of the 108 could be had with two three cylinder Vti petrol engines, a 1.0-litre 68bhp unit and a 1.2-litre 82bhp powerlant. These units have now both been replaced by a brand new Vti 72 Euro 6.d-TEMP engine, which comes with either a 5-speed manual gearbox or a (rather jerky) ETG semi-auto transmission.

The 2-Tronic auto variant will certainly suit urban-bound folk, people who'll appreciate the light steering and a kerb-to-kerb 10m turning circle so tight that even if you spot a parking place on the other side of the road, you may be able to throw a quick U-turn to snaffle it. When reversing into a narrow bay, it's almost comical how little car there is behind the rear seats and it's worth remembering that you can afford to leave yourself some breathing room at the back. Parking like this is especially easy thanks to the light power steering that'll twirl you easily into the smallest slot.

The difference between the 108, the Aygo and the C1's exterior styling is far more marked in this second generation model. Of the three, the 108 undoubtedly possesses the most mature, refined styling. That's important because this car is not really attempting to make a big play for first time buyers. Instead it's looking to attract customers who might never have chosen a city car because they felt too insubstantial and cheap. The 108 looks reassuringly grown-up with a discreet front end treatment and assured, mature detailing. There's very little here that looks contrived or gauche. Chief designer Ivo Groen insisted on lots of chrome and a palette of restrained, smart colours.

The interior of the 108 hinges around a 7-inch centrally mounted touch screen system. This display is optional on the Active trim level and standard from Allure up and it really brings the interior together so you'll be missing out if you pinch pennies here. It controls the car's media, trip computer, Bluetooth and various vehicle settings. Should you want to personalise your 108, Peugeot offer seven different themes which feature decals, trim inserts, and seat fabrics like houndstooth and tartan.

There are three and five-door bodystyles. The three-door variant comes with an entry-level 'Access' trim option that'll cost you around £9,200. Otherwise, prices start from around £11,000 with 'Active' and 'Allure' options. The five-door version comes with 'Active', 'Allure' and 'Collection' trim levels. And if you go for five doors with your 108, you'll get the option to pay £1,000 more to have yourself the 'TOP!' bodystyle, which gives you a full-length fabric folding roof. The '2-Tronic' auto gearbox option costs £500 more.

The 108 gets MirrorLink, which allows the user to control their car's applications through the touch screens of their smart phones. Apple iOS, Android and Windows Mobile platforms are all supported, but do remember that the system won't allow you to start updating your Facebook status when the car's on the move. Safety equipment shouldn't be an issue as even the entry-level car is fitted with Hill Start Assist, anti-lock brakes, emergency collision braking system, and electronic stability control. There are full length curtain airbags, two side airbags and two front airbags. Both rear seats are also fitted with ISOFIX child seat mounts. At the top of the range, the Active City Brake safety set-up and a Lane Departure Warning System are both offered as an option on Allure and Feline badge levels.

Even if it is being targeted at well-heeled downsizers or those families looking for an easy to use second or third car, the Peugeot 108 can't afford to be off the pace in terms of economy and emissions. It's not even a purely monetary thing anymore. To fall behind here smacks of complacent engineering and manufacturers are keen to one-up each other. Call it a way for the boffins to keep score. That we benefit from this battle of the brains can only be applauded and in Euro6 guise, the 108 nets a combined fuel consumption figure of 68.9mpg in 1.0-litre form. The CO2 emssions figure is 95g/km for the 1.0-litre version (or 97g/km if you go for the '2-Tronic' auto version).

We'd also be willing to bet that the 108 ends up with the strongest residual values of the three sister vehicles created from this design. It looks to have the broadest appeal, although we'd probably look to specify the car with the touch screen if we wanted to guarantee better retained values.

The Peugeot 108 is an intriguing sort of citycar. Most small cars are marketed to two distinct groups; people who don't really want new cars and people who can't really afford new cars. As such, most buyers don't have much of an emotional investment in the vehicle. It's a means to an end; virtually a distress purchase in some cases. The 108 is different. It's a car that sets its stall out to attract people who have the means to buy more expensive cars, making an appeal on style, convenience and agility.

We like the Toyota Aygo and the Citroen C1, but there's something about the Peugeot 108 which sets it apart. It's almost as if by paring the tinsel back, it's become a harder-hitting, more desirable proposition. Less can be more. There aren't too many car companies that have become rich banking on the refined subtlety of the British public, but Peugeot remains cautiously optimistic. 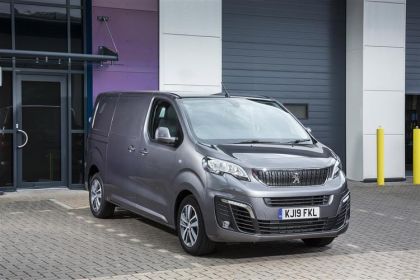 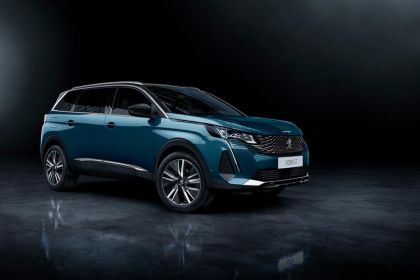 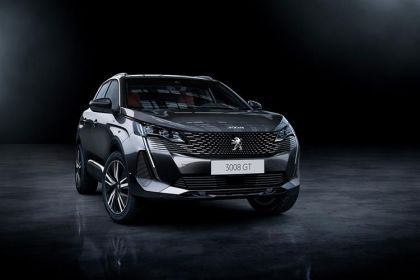 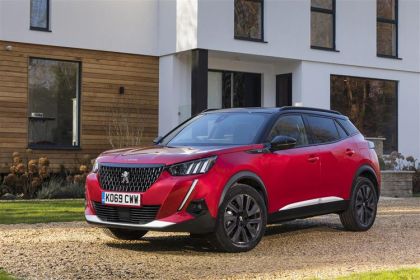