Subaru's XV e-Boxer crossover gets a self-charging hybrid engine. And it's still more capable off road than you might expect a car in the family-sized Qashqai segment to be. Jonathan Crouch reports.

The XV e-Boxer represents Subaru's concession to electrification to suit the needs of the current market. This self-charging full hybrid mid-size crossover takes on segment models like Toyota's C-HR, Kia's Niro and Hyundai's Kona hybrid, cars that already have this technology. For a little more money, this Subaru offers more space, much more capability but a little less efficiency.

For years, Subaru's have sold on tough, no-nonsense virtues - like practicality and go- anywhere 4WD. If that meant they weren't quite as efficient as rivals, then so be it. But customers aren't quite so forgiving these days. Even something very capable needs to have a degree of electrified efficiency in today's market, hence the need for the Fuji Heavy Industries brand to introduce its e-Boxer full-hybrid engine. We've seen it in the company's Forester mid-sized SUV, but we look at it here in the brand's more compact XV crossover model.

The XV e-Boxer can't be plugged in, but it is a proper self-charging hybrid. In contrast to the mild hybrid engines being currently marketed by Ford and Volkswagen Group brands which feature powerplants that can't at any time run independently on battery power, so are nothing like as efficient as full-hybrids. So Subaru has done the job properly - to what effect in this XV? Let's find out.

The engine here is the brand's familiar normally aspirated 150PS 2.0-litre Boxer petrol unit, sending power to all four wheels via a CVT belt-driven auto transmission. But what's different here is that it's assisted by a 16bhp electric motor built into that Lineartronic gearbox, the motor powered by small battery under the boot floor. That's enough for all electric driving at speeds of up to 25mph. The electric assistance doesn't have much impact on performance - rest to 60mph takes 10.7s on the way to a top speed of 120mph. More significantly, peak pulling power isn't delivered until 4,000rpm, so the engine needs to be stretched quite a lot if you want to make any significant progress and the 'rubber band' characteristics of the CVT auto gearbox can be a further impediment to rapid progress.

Still, all will be forgiven when you get this car off road. There's a decent 220mm of ground clearance and as usual with Subaru, a Symmetrical All Wheel Drive system that'll get you to places that other volume brand four-wheel drive mid-sized crossovers would struggle to reach. The e-Boxer's electric motor is used to help improve off-road ability, providing extra low-down pulling power when 'X-Mode' is selected using a rotary dial on the dash. This means the car can take on steep slopes and descents, shuffling power between its various wheels. Subaru says the XV can lean over at up to 30-degrees, an unheard-of stat for a car of this kind.

The XV e-BOXER benefits from a revised front grille design for this model, featuring an active grille shutter, plus there are re-styled low-profile roof rails with an aerodynamic design. The exterior has received other discreet upgrades, including a smart fog lamp bezel which surrounds the LED fog lights. The rear spoiler end plate is finished in gloss black and an e-Boxer badge has been added to the wings and tailgate.

Inside, it's just as in any other XV. In the centre of the instrument panel lies an 8.0-inch touchscreen display for the infotainment system, with the usual smartphone connectivity via Subaru's Starlink media system. This can brief you on weather and traffic reports, plus the set-up can also provide wireless audio, news updates and a calendar and in addition, its functionality extends to a range of apps that can be downloaded onto users' phones or tablets. Rear legroom is good and there's plenty of adjustability in the driving position but the seats could use a little more support. The 380-litre boot (which is unaffected by the hybrid drive system) is a little smaller than you'd expect but fold the rear seats down and things improve dramatically, with an excellent 1,270 litres on offer.

Prices for this XV e-Boxer start at around £32,000 - that's for the 'SE' version; if you want the plusher 'SE Premium' version, you'll need £2,000 more. These figures represent a £3,300 extra charge over the conventionally-engined 1.6i petrol-powered XV, so you've really got to want the added hybrid tech. At least you get plenty of kit. Standard equipment includes keyless entry, full-LED headlights equipped with high beam assist, privacy glass on the rear windows, roof rails and automatic air conditioning and 18-inch alloy wheels. There's also a reversing camera and an 8-inch centre dash touchscreen with Apple CarPlay and Android Auto smartphone-mirroring. And you get Subaru's X-Mode off-road driving mode, complete with Hill Descent Control.

If you're hoping for significant efficiency gains from the e-Boxer powertrain, then you might be a little disappointed. Let's get to the WLTP figures. These are quoted at 35.7mpg on the combined cycle and 180g/km of CO2. These are virtually identical to what you would get from the conventionally-engined 1.6i petrol model further down the range. Which is a little surprising because at low speeds, the XV e-Boxer sticks with all electric power more readily than some rival self-charging hybrid models - you just have to be a bit careful with your right foot, though the engine will chime in to start charging the battery after about a mile. That engine automatically assists the battery and charges it up above 25 mph, before taking over all duties once you reach cruising speeds. The set-up also re-charges the battery when the car is braking or when you're coasting.

A decently sized 60-litre fuel tank gives all models a useful touring range. And there's an ECO meter in the Multi Function Display dash display that helps you optimise your driving efficiency over time. Residual values certainly aren't going to be on a par with BMW and Audi, but Subaru is committed to doing what it can to make the ownership experience as painless as possible. To that end, you get a comprehensive five year / 125,000 mile warranty that's one of the best in the industry.

We'd hoped the e-Boxer engineering on offer here might be more transformative to the XV than it actually is. The gains in efficiency brought by this switch to a degree of electrified power aren't huge - and certainly aren't big enough to offset the weight penalty the XV has over obvious mid-sized volume brand crossover rivals. But it has that weight penalty because it has a far more sophisticated and capable 4WD system than those competitors can offer.

The brand's Symmetrical All Wheel Drive set-up continues to be this car's biggest draw. Most alternatives in this class don't offer 4WD at all, except sometimes on ridiculously pricey variants. And even then, it simply won't get you the places this Subaru can go. If you live out in the country or you regularly tow, that's going to be a huge attraction if you're shopping for this class of car. And if you are, fact that Subaru can now offer it with a modicum of extra efficiency will be welcome news. 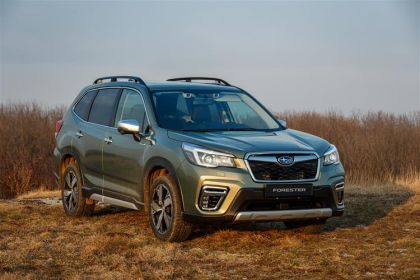 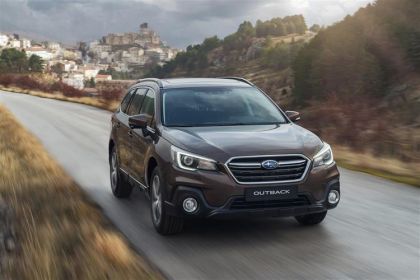 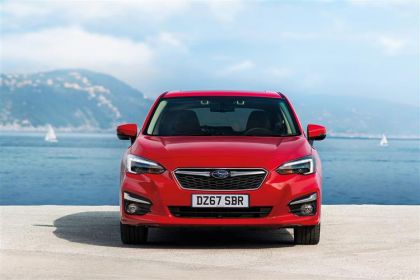 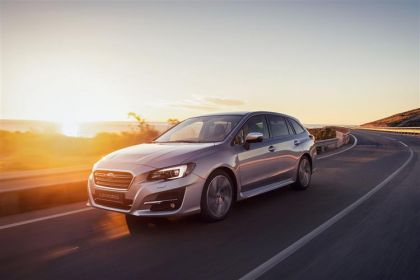