The Tesla Model S is arguably the most practical electric car on sale today, but to create something very special, its American manufacturer has added more power to create this top Performance version - a Model S that has gained extra capability without really sacrificing anything. The best electric car yet? Quite probably.

When Tesla launched its first electric car, the Roadster, in 2008, it was met with a fairly lukewarm reception. By the time the Model S arrived in 2014, however, the world was far more accepting of Tesla's pure-electric creations. By then, electric vehicles (EVs) were becoming almost commonplace, with the Nissan Leaf leading the way while less successful attempts like the Renault Twizy and Peugeot iOn were also on sale, although all were spoiled by one fundamental flaw: range.

When the Model S came along with its 300-plus-mile striking distance, as well as seven seats and two boots, the industry was a little bit stumped. Here was an electric car with the space of a medium-sized MPV, the performance of a supercar and the range of a petrol-powered citycar. Latterly, the brand has added a Dual Motor four wheel drive system to this car's proposition and based this drive system's development around the needs of an astoundingly quick Model S flagship variant, the Performance variant. It's the car we're going to look at here.

Let's be clear here; the addition of four-wheel drive does not make this Model S into any kind of SUV. The ride height is no greater than that of the standard car, and there's no rugged-looking body cladding as found on soft-roading estate cars like the Volvo V90 Cross Country. Instead, the Model S Performance variant's four-wheel drive is there for performance and traction purposes, in much the same way that all-wheel drive is offered in the Jaguar F-Type range - a fact highlighted by the sport button marked 'Insane'.

Provided by using one electric motor on each axle, the four-wheel drive system not only increases traction but also power. This Performance derivative gets a massive 761bhp, split roughly 30/70 between the front and rear axle. All that power gets this top Model S to 62mph in just 2.3 seconds - as fast as the mental Porsche 911 Turbo S. It'll match most of the Germans at full chat, too, with a 155mph top speed. Even the electric car's Achilles heel, WLTP driving range, is addressed, with the Model S Performance managing 367 miles between trips to the plug.

Tesla claims that this Model S has been designed to look like an endurance athlete, with its taught lines and muscular haunches, but what the Tesla really bears some resemblance to is a sports coupe. There's something of an Aston Martin DB9 about the hind quarters, and the hatchback tailgate is a little bit Mercedes AMG GT-like or perhaps reminiscent of a Jaguar F-Type Coupe.

With the extra doors, though, the Tesla is much less in-proportion than the pretty AMG GT or the drop-dead gorgeous F-Type. When viewed from the side, the closest facsimile we can think of is the Aston Martin Rapide. Comparing the Tesla to an Aston is high praise indeed. The interior is clean and classy and the enormous 17in central touchscreen houses all the buttons that make normal cars so cluttered, giving a minimalist, almost Bauhaus look.

The price is around £93,000, but most buyers will purchase on a lease deal. With such a technologically advanced car, perhaps it's no surprise that there's a wealth of gizmos to keep you both safe and entertained on the road. As well as the usual safety stuff, like a reversing camera, blind spot monitoring and so on, the Tesla is offered with a system called Autopilot, which works with a forward-facing camera, radar and sonar to help you navigate the traffic. Simply tapping the indicator in the preferred direction is enough to persuade the car to change lanes - no steering input required. It can park the car for you too and it'll read traffic signs. With your safety taken care of, it's probably fitting to move on to the infotainment features, numerous as they are.

The touchscreen works similarly to a tablet or smartphone and it has internet access, so the satellite navigation system runs Google Maps and you can synchronise it with your calendar so the car will automatically navigate to wherever you need to be. Other goodies include a WiFi hotspot, climate control, keyless entry, heated seats and leather upholstery, all of which are standard features, alongside the optional Premium Interior and Lighting, which provides slightly more tactile materials, a powered tailgate and cornering headlights.

How much a Model S Performance will cost you to run really has less to do with your driving style and more to do with your energy provider and when you choose to charge up. Tesla recommends fitting a Tesla Wall Connector, which can charge a car at up to 68 miles of range per hour of charging, although the company says this will be cheapest between about 11pm and 7am, when electricity is in the least demand. Even if you charge in the middle of the day, though, it's still likely to be an awful lot cheaper than filling up with petrol.

While the Wall Connector may be a cheap and quick way of charging your Tesla, it isn't the cheapest or even the quickest. If you use one of the Tesla Superchargers popping up across the country, you could charge your car in about an hour and not pay a penny, because Tesla has made the Superchargers free for all owners.

These cheap running costs come at a price, though, because you'll be spending around £95,000 to get behind the wheel of this eco-friendly super saloon. It's expensive, but when you consider that a top-of-the-line saloon from Mercedes or Jaguar will set you back similar money and cost far more to run and tax, perhaps it isn't bad value.

With this Performamce variant, Tesla has, quite simply, taken the Model S - a car which already held the title of the world's best electric car - and made it even more versatile. Putting extra power and four-wheel drive in the Model S was probably unnecessary. It's hard to imagine anybody taking a look at the standard Model S 'Long range' variant and thinking: "Nice, but surely it could do with much more power and four-wheel drive".

Still, although that may not have been the question we were asking, we should be grateful that Tesla has answered it. With two motors providing 761bhp between them and driving all four wheels, Tesla's Model S Performance is an EV capable of tackling pretty much anything. It's very much a fully fledged super saloon, with the ability to carry the whole family even when a light dusting of snow falls. Add in the 367 mile range and you're left with what would appear to be the most capable electric car to date. 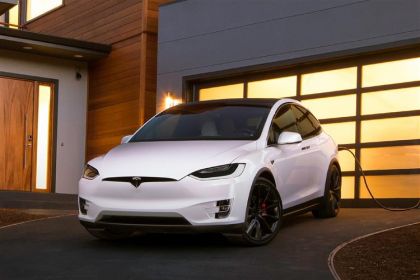 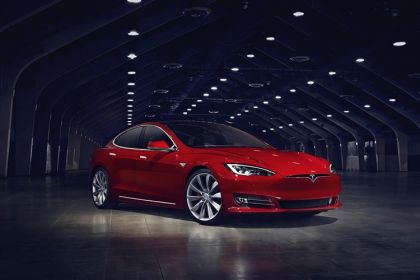 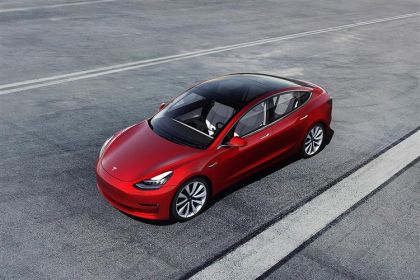