The second generation version of Toyota's Mirai is a model the brand wants you to choose on its own merits, not just because it's a hydrogen fuel cell car. Its predecessor was first to market with this technology and this replacement design aims to play a key role in popularising it amongst forward-thinking ordinary buyers. Ultimately, this contender needs a far more developed hydrogen station infrastructure for popular acceptance. But it's a fascinating glimpse into all our motoring futures.

Are you ready for a hydrogen fuel cell car yet? Probably not. But Toyota wants you to be. Any really switched-on industry analyst will tell you that electrification is a short-term fix to the environmental impact of the motor vehicle and that hydrogen fuel cell tech is a far more sustainable route to long term global mobility. As you'd expect it might be given that a hydrogen fuel cell car needs no smoky power stations to provide its energy, emits nothing more deadly than pure water and can be recharged in a matter of minutes. Unfortunately, many manufacturers and governments have yet to grasp this concept - but Toyota does.

The Japanese maker was first to market with a volume-produced hydrogen-powered car, launching the first generation version of its Mirai model back in 2014, since when around 10,000 examples have been sold worldwide, mostly to research institutes, government organisation and companies involved in the growing hydrogen economy. This second generation design is tasked with attracting real customers to the fold and wants to be a car you'd choose to own on its own merits, not just because of its futuristic powertrain. Lofty ambitions then.

With the first generation Mirai, Toyota was so focused on making the fuel cell technology actually work that thoughts of drive dynamics were somewhat secondary. This MK2 model is different. Chief Engineer Yoshikazu Tanaka wants the Mirai now to have 'the kind of dynamic and responsive performance that can bring a smile to the driver's face'. The starting point in achieving that goal was the installation of a much stiffer and more sophisticated TNGA platform shared with the Japanese market Toyota Crown executive saloon. And a switch away from the front-driven format of the MK1 model to a rear-driven drivetrain. More power was also needed, the previous car's 152bhp and 335Nm outputs now deemed insufficient for the Mirai's more up-market aspirations. And of course, Toyota knew that future buyers would want this car to go further between hydrogen cell refills - hence a 30% range increase: this car will now go 440 miles between top-ups.

The chassis changes won't be enough to create really rewarding handling - the car's really too heavy for that. The updates instead have been targeted at creating the kind of elegant, luxury feel that's been benchmarked by Tanaka-san and his team against conventional luxury models from BMW and Mercedes. The engineers worked on creating light and easy handling on winding roads and a linear, smooth response when pulling away.

Just as the dumpy turn-of-the-century first generation Toyota Prius turned from ugly duckling into something of a swan in second generation form, so it is with this Mirai. With this MK2 model, the stylists were given the freedom to create a more emotional and head-turning design with low lines, elegant proportions, sleek, taut bodywork, a deep rear diffuser and large 20-inch wheels. There's a more rakish profile, thanks to a sloping rear roof line and a long bonnet. And there's a bit more overtaking presence at the front, thanks to a wide grille and a large chin spoiler. This is also now a significantly larger car too, the 4,975mm total length being 85mm longer than the previous car.

The interior benefits from a 140mm wheelbase increase (to 2,920mm) and features the predictable step up in quality in line with this Mirai model's more up-market aspirations. The cabin was conceived as a simple modern space with a warm, comfortable ambiance. Key elements include a 12.3-inch centre display and an instrument panel that wraps around the driver, with a digital screen for the gauges you view through the redesigned steering wheel. Plus you get leather upholstery, a wireless 'phone charger and a soft-touch dashboard. There's a significant change at the rear, which can now seat three people rather than two thanks to changes in the design and packaging of this second generation model's updated hydrogen storage system.

With this MK2 Mirai, Toyota knows it can't deviate too far from the price positioning of the original model (at around £66,000) if it wants traction with this hydrogen fuel cell model in the wider market. That's a lot but even at this level, the brand is probably not covering the cost of this technology. It won't always be like this. Rivals Hyundai are working with Audi to cut the cost of a fuel cell powertrain by half and reduce the overall cost of a fuel cell car by 30%, so Toyota will have to follow suit.

Mirai buyers won't of course be forking out the total sum prior to a drive away from the showroom. Not usually anyway. Virtually all sales will be done on finance deals, usually to eco-minded corporations wanting to make a green statement. As a buyer of this model, you shouldn't come expecting too many options: there's no need as all the key luxuries will come as standard. At least you won't find the process of market comparison too taxing. For the time being, there's actually only one other hydrogen fuel cell car on sale in our market, the Hyundai Nexo, which costs about the same.

With this second generation Mirai, Toyota's 'FCEV' ('Fuel Cell Electric Vehicle') needed a bit of a re-think if the design goals in enhancing driving range and increasing interior space were to be realised. The hydrogen fuel load is now split between three tanks rather than two, these fashioned from carbonfibre and aluminium, with a longitudinal one positioned between the front seats and two transverse ones under the rear bench and cargo area floor. The gas is stored at 700 bar (10,000psi). Together, these tanks improve the car's fuel capacity to 5.6kg, 1kg more than the original model - hence the longer 440 mile driving range (up from 300 miles before), a distance also boosted by various drivetrain efficiency improvements.

A hydrogen refill takes no longer than around five minutes. That's the good news. The bad news is that finding a hydrogen station to facilitate that process is likely to be a challenge. At the time of writing, there were just 16 operational hydrogen fuel stations in the UK, with six more being planned. Those already operational are mainly located around London and the M4 corridor, but there are also stations near Sheffield and Birmingham, plus two in Aberdeen and one on Orkney. There are plans to increase the number of available stations to 65 by the year 2025.

It's disappointing that since the launch of the original Mirai, so little progress has been made with improving the hydrogen filling station infrastructure - and that's a particular problem in the UK. Unless you happen to live near a refuelling point and have another somewhere near your regular journey destinations, it's difficult to see how a hydrogen fuel cell car could make any sense to an ordinary family or business buyer. Even one determined to early-adopt themselves to this far more sustainable brand of automotive propulsion.

One day, hopefully that will change, but in the meantime, Toyota is getting on with perfecting this car and has done a thorough job here. Even if you happened to actually own a hydrogen filling station, you might have had trouble justifying the original Mirai, with its awkward looks and compromised cabin. There are no issues of that kind with this second generation design. Toyota has again set the standard here. Other brands should watch and learn. 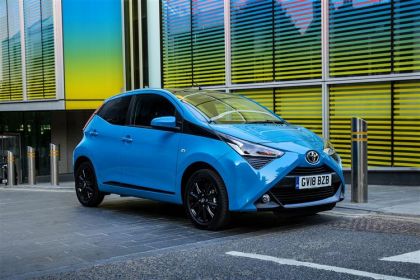 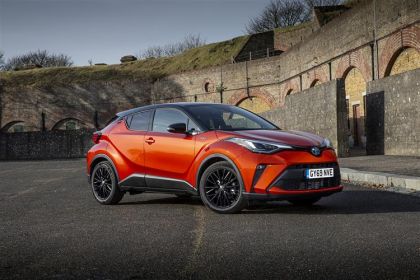 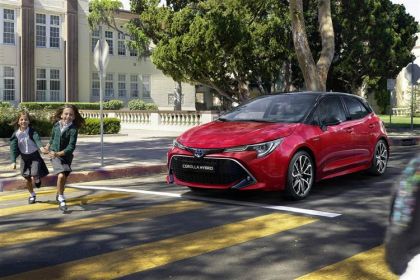