Volvo's S60 Recharge T8 plug-in hybrid is a really quick mid-sized premium badged saloon, but this fast four-door isn't just about performance. Here, turbocharging, supercharging and electrification are combined not only for rapid point-to-point power but also for potentially astonishing efficiency returns, despite this ambitious Swedish model's huge engine output. There's a significant price to pay for this technology and you'll need to tailor your motoring life to suit what this car can offer but if you can deal with these caveats, then this is a potentially very likeable package.

If you're looking at a mid-sized premium-badged saloon and want the convenience of plug-in hybrid power, there are two obvious market choices, BMW's 330e and the Mercedes C 300 e EQ Power, with both cars requiring a starting budget of around £40,000. Volvo's S60 Recharge T8 Plug-in Hybrid requires a slightly higher budget than that (£45,000-£50,000) but it offers more power, lavish equipment and the appeal that comes with a car that's just that little bit more unique and different.

Plus of course, the usual PHEV virtues feature here and as with the brand's other designs, this car's technology is based around the 2.0-litre four cylinder engine block that the company's been using for the last decade. Here though, you get it in the most sophisticated form the marque can offer.

By the time this third generation S60 model was launched, Volvo had refined its PHEV powertrain quite a lot, primarily through the introduction of a larger 11.8kWh lithium-ion battery pack, making up to 36.7 miles possible on battery power alone. But the basic plug-in set-up remains much as we saw it when it was first introduced in the XC90 SUV back in 2015. So there's a 2.0-litre turbocharged and supercharged petrol engine which is mated to an 87hp electric motor sited on the back axle. The main powerplant comes in two levels of output: 303hp for the standard Recharge T8 and 318hp for the top Recharge T8 'Polestar Engineered' version (which can go up to 27.3 miles on battery power). In each case, the set-up is aided by a 25bhp starter motor/generator that pitches in from time to time to smooth any gaps in torque delivery between the two main power sources. It's all enough to deliver a set of stats that it's rather hard to get your head around. In the case of the standard T8 variant that most S60 Plug-in hybrid customers choose, a big combined power output of around 400hp offsets the extra weight of all these mechanicals, so 62mph from rest can still be dispatched very rapidly indeed in just 4.6, though top speed (as with all current Volvos) is limited to 112mph. The 'Polestar Engineered' variant includes a set of adaptable Ohlins DFD dampers and its handling's improved courtesy of 5% stiffer springs and 245-section Pirelli P Zero tyres. With both the Recharge derivatives, you've to put alongside all this performance capability the potential for the kind of fuel and CO2 readings that theoretically could equal those of a frugal supermini.

Which of those two extremes you reach in a Recharge S60 Plug-in model will depend on your choice between the five driving settings that owners of all Volvo Plug-in hybrid models are offered. Ultimate speed is delivered by a 'Power' mode that sees both petrol and electric units permanently working together. Alternatively, there are four other drive choices: a 'Hybrid' setting that sees the two engines cutting in and out as necessary: an 'AWD' mode that gives you permanent 4x4 traction: plus a 'Pure electric' setting that only uses the battery power. In both variants, there's even a 'Save' option so that on a longer trip, you can hold that charge until you get to the city driving you might have to do at the end of the journey.

This Recharge Plug-in hybrid model looks pretty much identical to the more conventional petrol and diesel variants lower down the range. The eagle-eyed will spot special badging and an extra charging flap but that's about it. This is one of the best looking Volvos we've seen for a good few decades and it's also notable for being the first model the brand has made at its American plant in Charleston, South Carolina. Style-wise, there are elements in the design of the larger S90 saloon, but with this mid-sized model, there are much shorter overhangs, a lipped boot lid and a racy standard body kit to emphasise the point that this Volvo is aimed at people who enjoy their driving. Under the skin, as expected, sits the same sophisticated 'Scalable Product Architecture' (SPA) platform that we've already seen, not only in this car's V60 estate showroom stablemate but also in all the brand's other most recent mid and large-size models.

At the wheel ('the most important part of any car' according to Volvo's Head of Design) it's all very nice indeed, with a premium feel right that you only really get on the more expensive versions of BMW, Audi and Mercedes rivals. The brand says that when creating interiors, it applies the same principles that you would when designing a living room. High-quality materials, intelligent use of space and attention to detail work together to create a distinctly Swedish interior that's simple and elegant. As you might expect, the cabin directly mirrors that of this model's V60 estate stablemate, with a neat dashboard highlighted by a smart and sharp looking 9.3-inch portrait central touchscreen. There's comfortable space for a couple of adults to sit at the rear. But as usual with a PHEV, boot space is compromised by battery placement, here falling from 436-litres (which is what you get in a conventional S60 B5) to 390-litres (though that's still 15-litres more than you get in a rival BMW 330e).

You'll have expected there to be a price to pay to add in sophisticated plug-in tech to the S60, but you might not have expected it to take the price of this Volvo right up into the £45,000 bracket. But that's the reality here. This is the cost of the T8 R-Design version of this Recharge model with its 303hp engine. You'll need more like £50,000 for the Polestar Engineered version which has an uprated 318hp version of the same 2.0-litre unit. To give you some market perspective, this S60 Recharge model's closest two rivals, the BMW 330e and the Mercedes C 300 e EQ Power, cost from around £40,000 but those models are slightly less powerful. At least every version of this S60 PHEV is very well equipped. As standard, the 'R-Design' variant comes with leather-faced upholstery, LED headlights with active high beam, two-zone climate control with a 'CleanZone' air-filtration system, heated front seats, a powered tailgate and alloy wheels of at least 18-inches in size.

Volvo's Sensus infotainment system is also standard. This brings a 9" portrait-style touch screen, satellite navigation and an intuitive voice-activation system. It also provides access to the internet and a range of cloud-based apps such as Spotify, TuneIn, Stitcher and Yelp. Volvo's City Safety system is fitted to every S60. This includes automatic emergency braking with pedestrian, cyclist and large animal detection, and the world-first application of Steer Assist. This feature helps to avoid or limit the severity of collisions at low speeds by assisting with the steering in an emergency, such as when swerving to miss an obstacle. There's also Pilot Assist, Volvo's innovative semi-autonomous drive feature. This assists with the steering (up to 80mph) and takes care of the acceleration and braking required to keep the car within lane markings and at the desired cruising speed or distance from any vehicle in front.

The important thing of course, is that the government believes the fantasy-land CO2 stats, so business users will be able to enjoy a BiK tax ration rating of 10% (it's the same for the Polestar Engineered T8 version); to give you some perspective on that, a standard S60 B5 petrol auto has a BiK rating of 33%. If you're a business buyer browsing in this segment, these are figures that'll reward a bit of thought if you're just about to blindly sign on the dotted line for a conventional six cylinder diesel model from a rival brand.

The S60 Recharge T8 will be a vanishingly rare sight on our roads. The market for plug-in hybrid premium-badged mid-sized saloons is still pretty small and those who do want such a thing are more likely to want to save a bit and opt for a rival BMW 330e or Mercedes C 300 e EQ power model instead. But with a few extras on those two cars, you could easily be paying the kind of money Volvo is asking here - and ending up with less performance and an arguably less complete all-round product.

Having tried various versions of this third generation S60, this is the one we like best. On the other hand, the asking figures are substantial and in an era where government assistance is absent, you'd have to be very sold on the plug-in remit here to opt for this Recharge model. After all, if you merely want your premium mid-sized Volvo saloon to be in some way electrified, the brand now offers very acceptable mild hybrid petrol version of this car lower down the range. We think that B5 variant might be a better pick for most customers. But if you have to have technology superiority in your S60, only this Recharge variant offer it. If only it was that bit more affordable. 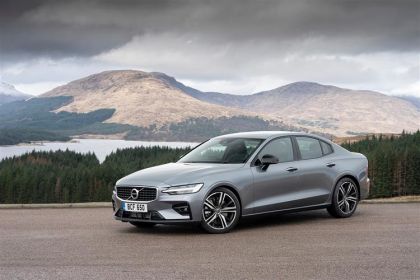 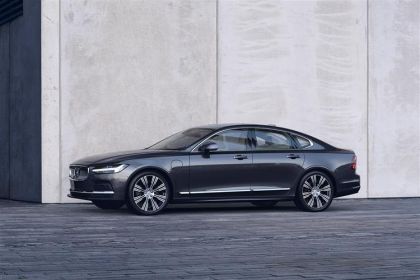